NJ car insurance is notoriously expensive. Indeed, NJ car insurance rates are reportedly among the highest in the country. They say that’s because we are are a small state, geographically, but still, have a large population and many roads.

Whatever the cause, NJ car insurance rates are not likely coming down any time soon. Because of all this, some NJ residents try to save money on auto insurance by registering their car in a different state, and buying insurance there. Bad idea. 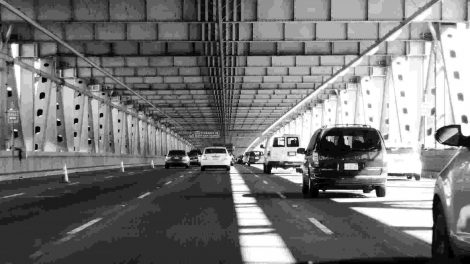 WHY YOU MUST BUY NJ CAR INSURANCE

You buy car insurance to protect you in the event of an accident. However, if you buy out-of-state insurance for a car that is not really out-of-state, you may forfeit that protection. Under New Jersey law, New Jersey car owners who don’t purchase car insurance can’t sue for pain and suffering if they are hurt in a car accident.

In a recent court case, the judge barred a New Jersey woman for suing for her car accident injuries. And she did buy car insurance.

But she bought that insurance in Pennsylvania, not New Jersey. She moved to New Jersey three or four months before the accident, yet failed to purchase a New Jersey policy. Rather, she kept her Pennsylvania coverage, which was presumably cheaper.

Not cheaper in the long run, though. The judge ruled that what the woman did was equivalent to not buying car insurance at all. I’ll spare you the technical reasons behind the judge’s ruling. They had to do with the fact that New Jersey mandates certain no-fault medical coverage that the woman’s policy lacked.

While her personal injury lawyer appealed the judge’s decision against her, the appeals judges upheld the trial judge’s ruling. Thus, it appears that the woman will not recover anything for her pain and suffering.

The woman in question could easily have avoided this terrible result. All she had to do was comply with the law and purchase NJ car insurance.

Sometimes, trying to save a few bucks in the short run costs you a lot more in the long run. If you’re a New Jersey resident hurt in a car accident, we can help you recover for your pain and suffering,