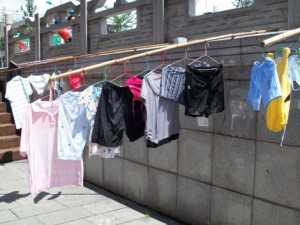 Sandra was diagnosed with mesothelioma. She died from the disease. Sandra claimed that her father’s employment exposed her to asbestos. He was a train operator.

The father’s job included maintenance of locomotive brakes. In the process, asbestos would collect on his clothing. Upon returning home, he would play with Sandra.

Sandra’s mesothelioma may also have been caused by when Sandra’s dad replaced car brakes after hours. Between 1963 and 1978, her father would buy about one used car each year. He would repair the cars for resale. The cars’ brakes contained asbestos.

Sandra’s expert witness stated that Sandra developed mesothelioma from asbestos exposure from two causes. First, through direct contact with her father. Second, from laundering his clothing.

But Sandra also sued a number of automotive companies. These companies manufactured or sold asbestos-containing components of car brake systems.

The judge ruled that there was no evidence that Sandra’s contact with car brake dust were frequent enough to cause her illness. Therefore, he dismissed her case entirely.

I strongly disagree with the ruling. It is well-established that mesothelioma can be caused by even minimal asbestos exposure. A jury, not a judge, should decide if Sandra’s asbestos was caused by the auto brake systems in question.

Contact me if you need a mesothelioma lawyer for a free consultation, there are no attorney fee unless you are awarded compensation.

Do You Need a Mesothelioma Lawyer?